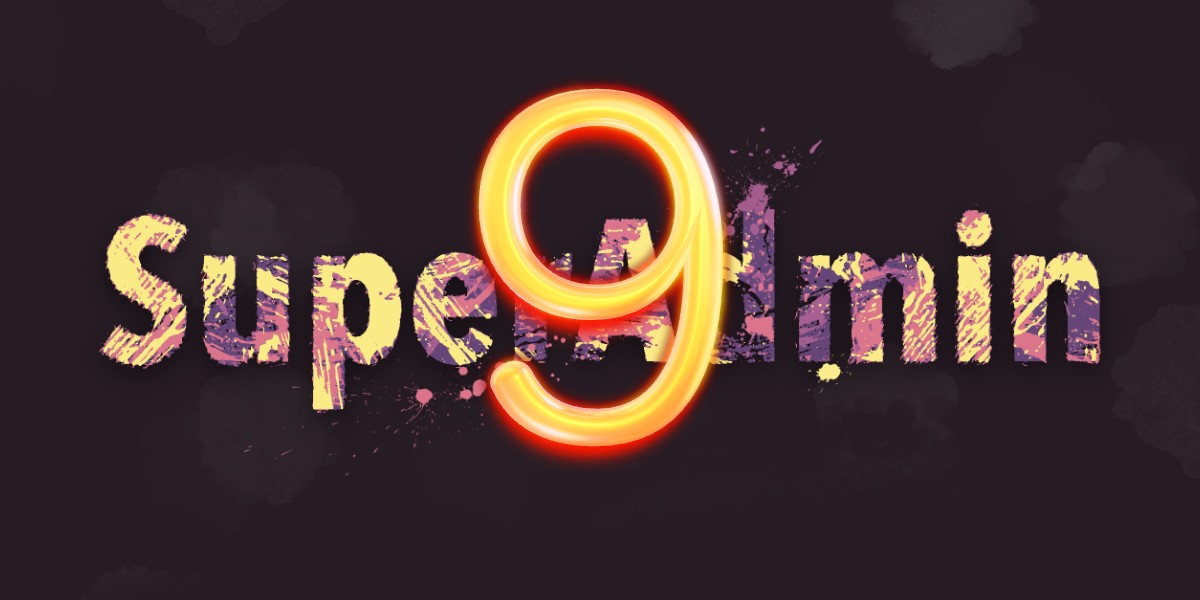 I'm pleased to announce a new version of Total.js SuperAdmin v9 after years. A new version brings more stability, better UI, and the latest Total.js technologies. It's a gem. 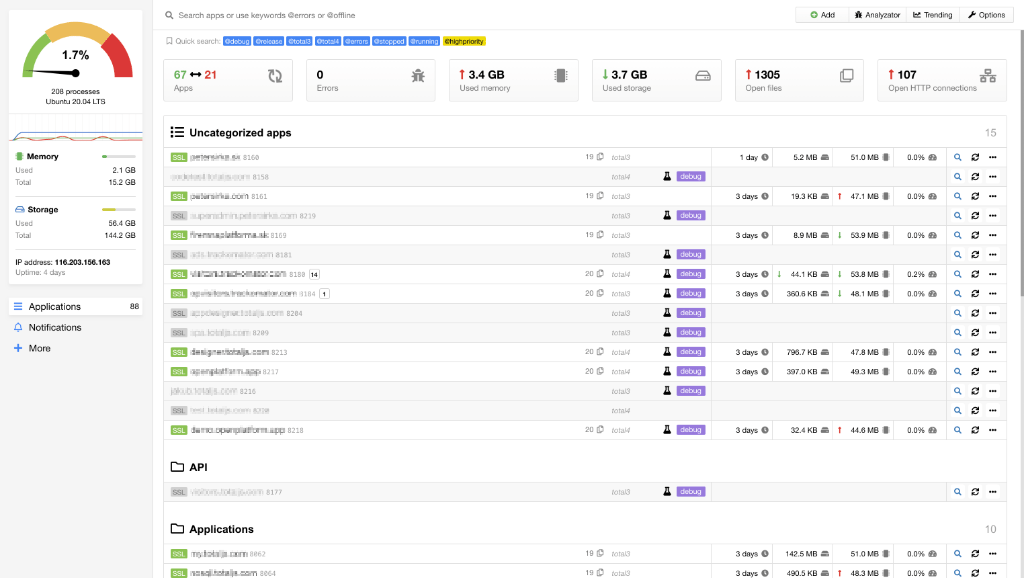 This version of SuperAdmin has improved the creating of SSL certificates. You don't need to add additional redirects as in the previous version, example:

I have improved the form for creating a new application. 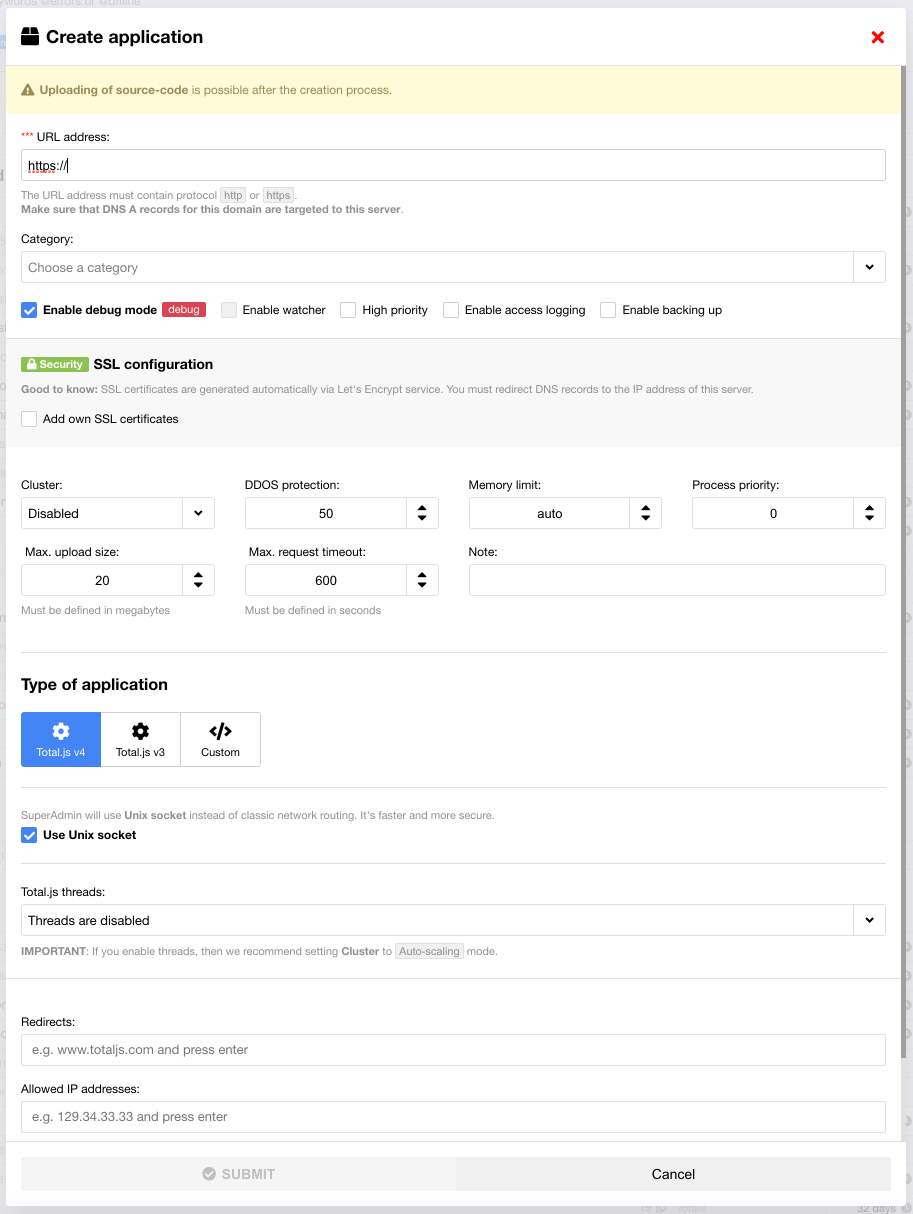 I have implemented the mini terminal that can help you install e.g. NPM dependencies or assist you in critical situations. 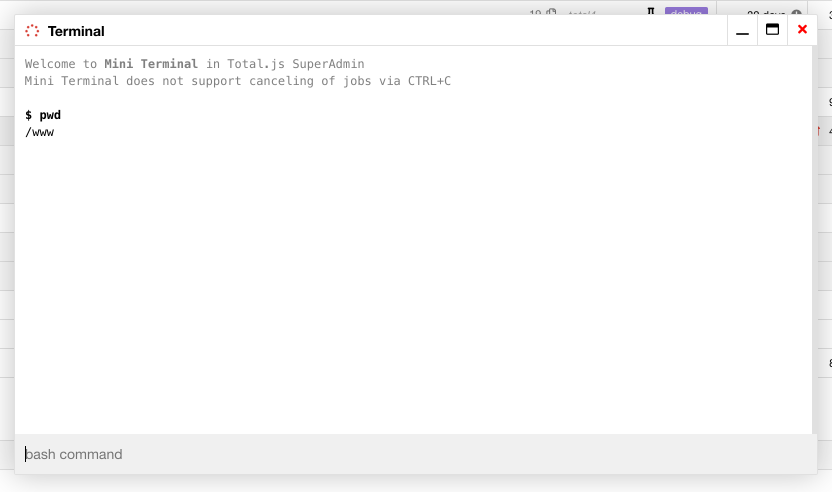 How to install or update it?

SuperAdmin is part of each container in Total.js Cloud. Total.js Cloud uses a bit optimized version of SuperAdmin, but it keeps most of the functionality than the standalone version.

We believe that this version is for a longer time, as the old version of SuperAdmin, which works on tens of servers.